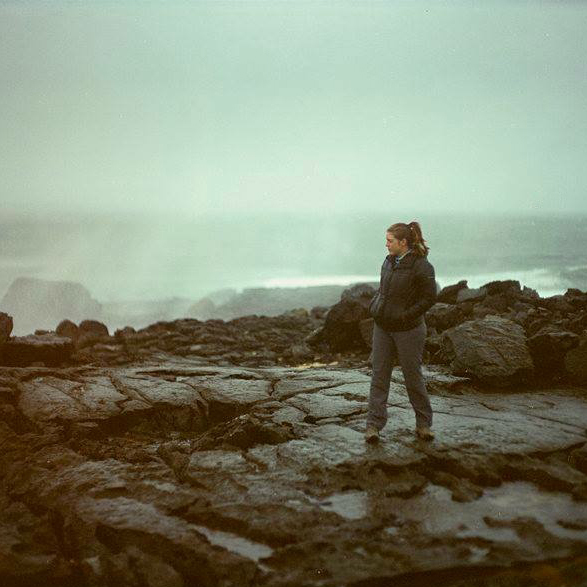 Written by Christine Armbruster
Published 31 May 2016

Written by Christine Armbruster
Published 31 May 2016

I never wanted to own a couch. It’s too permanent, too comfortable, won’t easily fit into my Mazda 3. As of this spring, I have officially lived the longest I’ve ever lived anywhere in nearly ten years: Coatsville Avenue in Salt Lake City, taking the record at two years and five months. Nevermind that about 13 of those months I spent on the road — I’ll count it all. It’s strange to imagine living in one place for that long. It was never my intention.

When I moved into my south side Chicago apartment four years ago, I swore that next time I moved, it would have to be far enough to justify selling everything I owned. I had no plans to carry a dresser down the three stories of narrow stairs in that old school house. I brought it up, and someone else would have to haul it out. In September of 2013, I put a handful of things on Criagslist, and got a phone call from a girl who had just moved in down the street. She’d come to the city with only two suitcases and wanted it all. She surveyed my apartment like it was a department store, walking through and grabbing what she wanted. I made a receipt two pages long. She took everything, down to the broom and the bed sheets. She came to Chicago with two suitcases, and I left with two. The entire contents of my apartment just shuffled half a mile down the road.

From Chicago I drove towards Los Angeles, where I fully intended to move. In an Oklahoman motel, I got a phone call. “I know you don’t do weddings,” said the voice of an old friend over the line. “But we are getting married this weekend and don’t have a photographer. I heard you’re headed West. Can you make a pitstop in Utah?” I detoured south.

I didn’t make it to Los Angeles, not then, not for eight more months. I took a plane there from Salt Lake City, on a roundtrip ticket. I never moved there. I applied for one job and one house in Salt Lake. If I got both, I told myself, I would stay, but only for the winter. The job was seasonal, the bed I purchased was the lowest priced. I refused to buy anything to sit on besides a terrible wooden chair for my desk. Every decision I made motivated by one thought: I’m not staying here for long.

Two years and five months later, here I am, packing up my car. It’ll be no one-trip move this time; it feels like I have enough stuff I could fill the car a million times over. The brand new bed I just bought after signing a year lease on my new apartment is strapped to the roof. Halfway through carrying armfuls of belongings up four flights of stairs, I got on Criagslist and found a couch to pick up during the move. The seller’s situation was familiar: she was discarding everything she had in her top floor apartment and putting the rest in her own car for bigger adventures. The couch is hard as a rock. It’s perfect. Prevents me from getting too comfortable.

My license still says Illinois. I’ve already got a dozen plane tickets booked through the end of the year. Maybe next week I’ll finally get Utah residency. Then I’ll be just rooted enough to lay back on my hard couch and make plans to break my lease.