Delusional Nomad: She Goes And Forgets She Likes To Stay 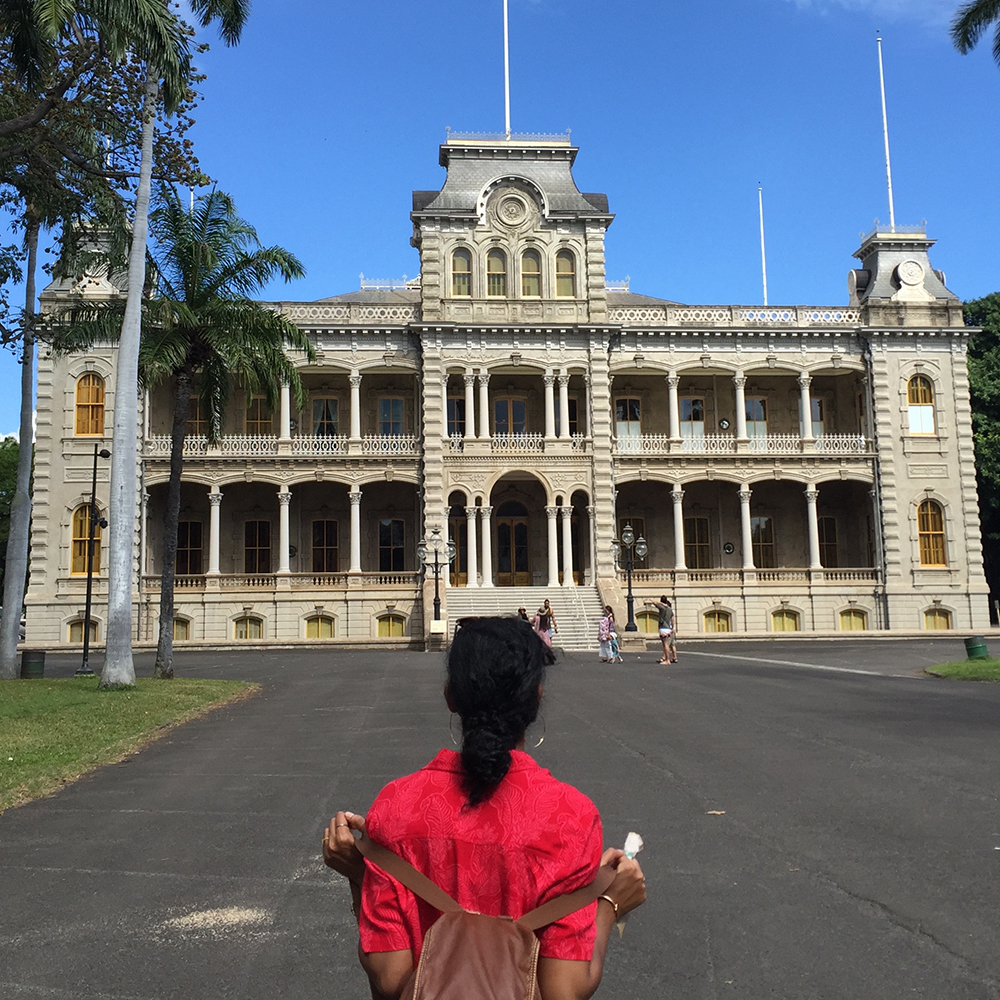 I moved a lot as a child. Our life in the U.S. was upturned often by my father, an O.G. nomad, who would accept a new job offer or promotion before the ink on his last offer letter had dried. He had been a captain in the Indian Merchant Marines. My grandmother cried when he left home at 17 for cadet training. We never stayed in a place for more than two years.

I saw a lot of places and learned that I could survive. But the moves took it out of me. Growing up, my parents were often my only friends. New school, new clime, and new house, exhausted me. I spent more recesses with books than with people.

On my most recent trip home, my mother1 recounted how she had dispatched me to my father, as a gap-toothed nine-year-old, to ask, “Appa, can we please not move anymore?”

His response was, “Of course, baby.”

He kept his promise. We moved into one last home on my tenth birthday.

So where does that leave me now, grown, 25? Well, I’m great at taping up a box, for one. It also leaves me in the peculiar state of being numb to leaving and then feeling longing, when I arrive, for what I left.

I’ve been training to manage the leaving part my whole life. I’m a good leaver. I can dive headfirst into the shiny idea of “new place.” I find myself daydreaming about (and Googling for) the new and wonderful life I’ll live, the audio recording class I’ll take, the shelves I’ll build, the curtains I’ll hang, the new friends I’ll make. I don’t miss the old place before I’m gone, really. I don’t hesitate.

But when I arrive, I’m stricken. The idea of water was so tantalizingly wet, but in the nanosecond before I land, I remember all of a sudden that I’m about to be in the middle of a pool and that I’m a poor swimmer. How inconvenient.

I remember then that I like comfort more than I like novelty, even though I know that new is good for me. I’m a little girl asking my father to please stop uprooting me, but this time, it’s a choice of my own making and I have no father to blame. I left him behind, too. The pool feels very big and I feel very small so I curl up into a ball and start to let myself sink.

My name is Padmini. I spend the first ten years of my life as a nomad until my family settled in suburban Connecticut. After spending college and the subsequent two years in New York City (with three-month stints in Chennai and Mumbai, India wedged in there), I find myself re-acquainting myself with the little girl nomad within. I live in New Orleans2. I moved for love of a person and for the potential of loving a new city.

I went home to Connecticut at the end of July, after a whirlwind trip to the Balkans in late June and almost six months in New Orleans under my belt.

When I first got home, I was prickly and irritable, unable to reset, to fall into the familiar patterns of childhood. But once I submitted, it felt almost a little too good. I spent a week with my mother, who had take a week off work, as she would put it, to “fully catch up.” I went on a bike ride, fittingly to my elementary school and back home, with my father. I saw how tall my five-year-old cousins had gotten, how well my close friend was adjusting to motherhood, how my sister was growing into her parsimonious wisdom. These observations stirred in me a deep longing for these people and despair over the degradation of relationships that distance is bound to catalyze. We mended them. I felt bound and fortified by my mom’s cooking and couch wisdom, by late night joints in my sister’s bedroom, by my father’s unfailing support of my most harebrained schemes.

And where does that leave me now?

The one good thing: Water will feel like nothing one day. The cool of the pool and the warmth of my body will converge one day. And one day, I’ll want to jump again.